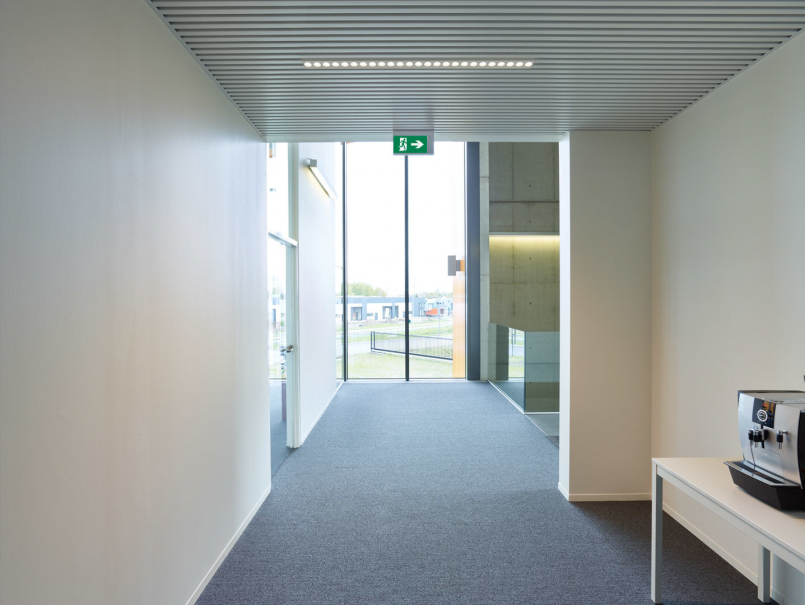 In March 2016 PERIs Belgian office moved from Londerzeel to Boom. SAPP climate ceilings from Interalu were installed in the offices. Heating and cooling takes place through pipes in the ceiling. The vertical slats ensure excellent acoustics and thermal comfort, but at the same time limit the options for the lighting installation. Unique design Right up ETAPs alley. Since the unique LED+LENSTM design pleased both client and architect, our Custom Design department created a luminaire with 25 LEDs , based on the U7. The luminaire is as wide as two slats with the same colour and texture as the slats, so that it seems that the LEDs were directly mounted in the ceiling with the lenses. The LED+LENS concept was also applied in the conference room, where the client opted for suspended R7 luminaires. Minimalist As for emergency lighting, they opted for the K9 mini. This minimalistic luminaire is discreetly integrated into the ceiling, so that it can barely be seen with the naked eye. Despite its compact dimensions, the K9 offers safety where and when necessary.