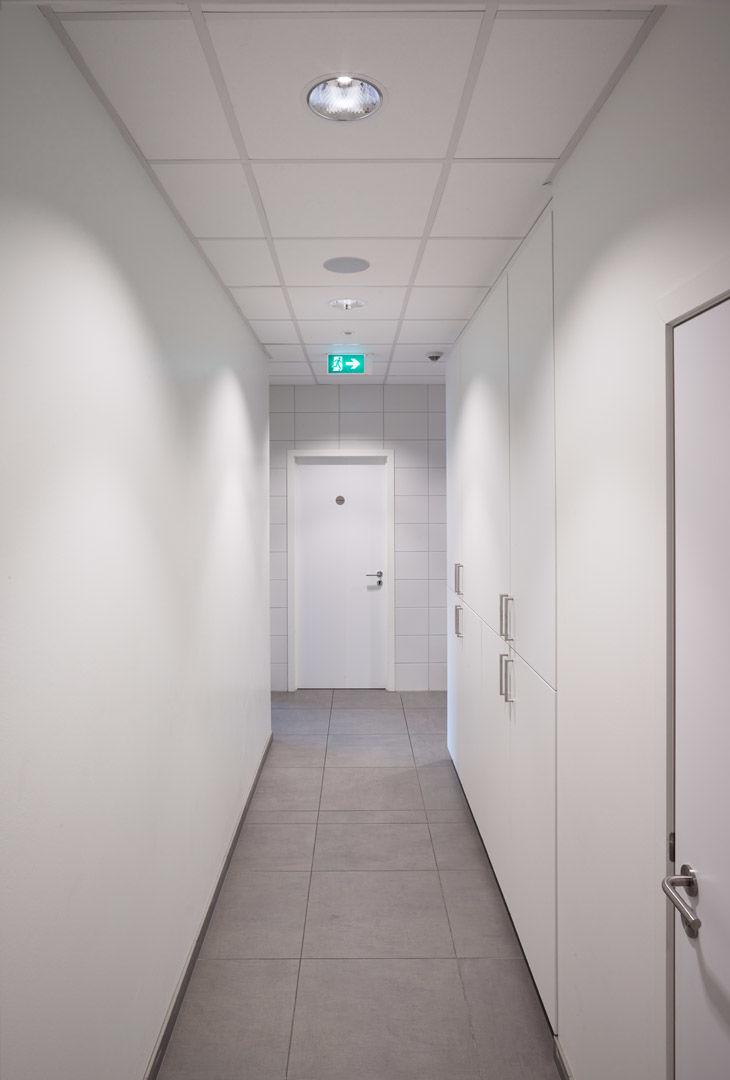 The Campines-based turning and milling company Stubbe recently moved to a new location in Beerse. "Sustainability was the focus for our new company premises," explains owner Pierre Stubbe. "That is also why we opted for ETAP lighting, which not only plays a major role in our energy savings, but also exudes a sense of innovation."

In the Campines region, local administrations have concluded an agreement to cut CO2 emissions by 2020. Pierre Stubbe willingly accepted their invitation and set the example with his new production plant. "We generate heat using a heat pump, illuminate our offices with LEDs, control lighting using central motion sensors and purify our own air in the production hall. We were pleasantly surprised by the results of these measures, from an ergonomic as well as an energy point of view." Minimalist design Not only was a lot of attention paid to the supporting systems, the outer design is also quite attractive. "We wanted a fresh, modern interior, in tune with our updated house style. The minimalist LED+LENSTM luminaires in the offices perfectly fit into this concept. In addition, they are a true eyecatcher, which we can tell on a regular basis from our visitors reactions." Attractive mix ETAP adviser An Van Lommel managed the project: "We have created an amazing lighting mix, the offices are fitted with LED+LENSTM luminaires - both suspended and recessed - the corridors with LED downlights and the production hall with E5 luminaires with ecolamps." The canteen deliberately follows a very different interior concept, in order for staff to spend their breaks in a totally distinct environment. "We have opted for cosy, more homely accent lighting for the kitchen, with small recessed and suspended LED spots, among others." In addition to low energy use, the long service life and high maintenance factor of the LED lighting obviously also play an important role: even after 50,000 burning hours the LED+LENSTM luminaires will still achieve up to 87% of the initial luminous flux.