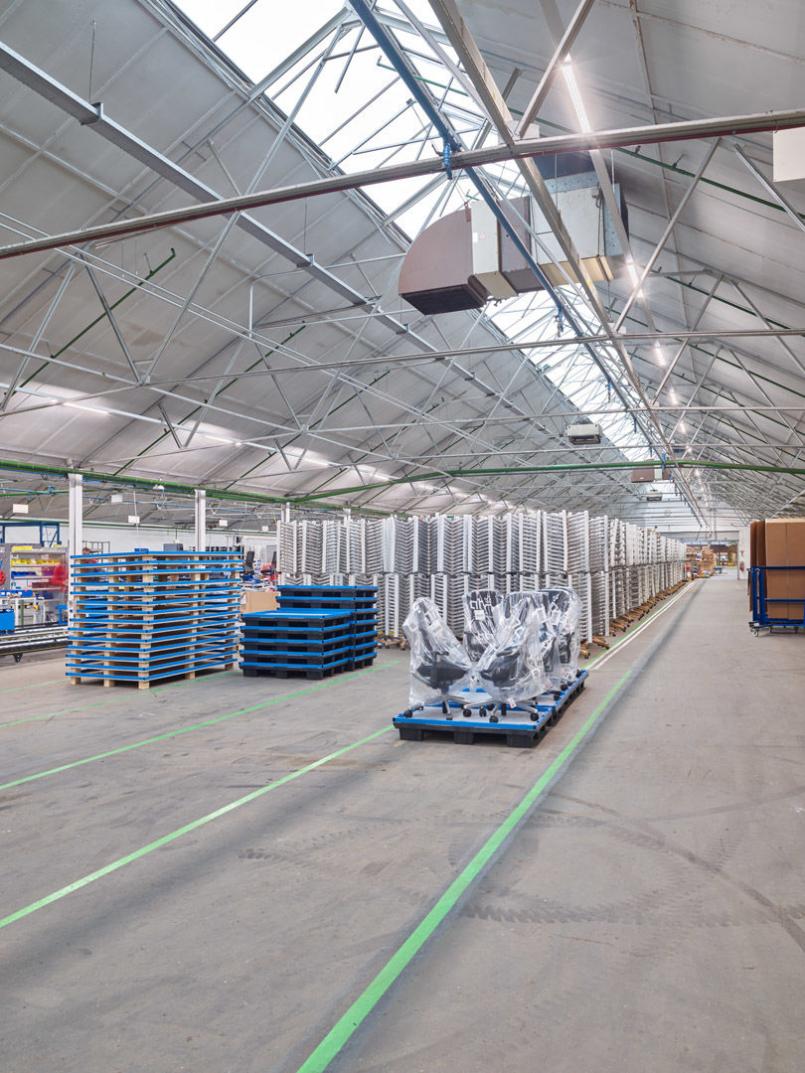 The guidelines were clear for the new production line at Ahrend, designer and manufacturer of office furniture: higher-quality lighting combined with significantly lower consumption. ETAP's new E5 series proved to be the solution.

Ahrend is a household name when it comes to interiors in working environments. Under the name Dutch Design, the Netherlands-based company has been designing and producing high-end furniture for schools, offices and other working environments for more than 100 years.
Recently a new production line was set up for the assembly of office chairs. Since it involves specialist work that requires accuracy, good lighting with sufficient lighting levels was critical.

No hesitation
After earlier collaborations, Ahrend once again opted for ETAP. Project engineer Piet Van Schijndel was the first to see the fully updated E5 series in the Malle-based Light Pavilion. The E5 is a modular luminaire for large spaces, which uses multilens technology.
At Ahrend they didn't hesitate for long: 4 lines, each with 18 E5 luminaires deliver sufficient light for the entire line, which takes up two halls. The old line was illuminated by 132 fluorescent luminaires, with much higher consumption.
A total of 12 K1 emergency luminaires were installed on the profile of the E5 luminaires, which are managed by the ESM control system.